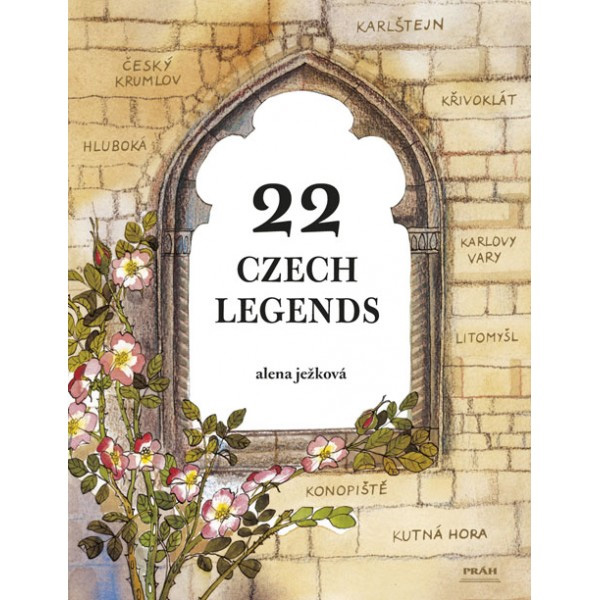 • 22 Czech Legends relates such tales as the founding of the now-famous spa town Karlovy Vary by Charles IV, King of Bohemia and Holy Roman Emperor, the dividing of the estates of the Lords of the Rose in Český Krumlov or the antics of the devils said to dwell in the cliffs not far from the Gothic castle of Karlštejn. Learn how the once-prosperous medieval town of Kutná Hora discovered the silver that brought it great wealth, where the haunted chamber lies in the chateau of Litomyšl or what type of porridge the White Lady cooked for the poor of Jindřichův Hradec. Discover for whom the young King Charles IV had the nightingales released into the woods below the castle of Křivoklát, or read what tales are still told of the white horse of Lord Petr Vok in Třeboň. Find out who created the famed art collection now to be seen in the castle of Konopiště and why, or what tragedy lies behind the name of “Execution Meadow” for the field below the castle of Hluboká.

• Alena Ježková (1966) is well known in the Czech Republic for her many popular-historiographic works on various aspects of Czech history. Among her publications are Prague, Grandmother of Cities (Albatros 2002), Old Czech and Moravian Tales (Albatros 2005), King Charles IV (Práh, 2005), The Guardians of Prague’s Streets (Mladá Fronta, 2006). Her most recent translation into English is the collection 77 Prague Legends (Práh, 2006). Alena Ježková’s work has been awarded many important prizes.