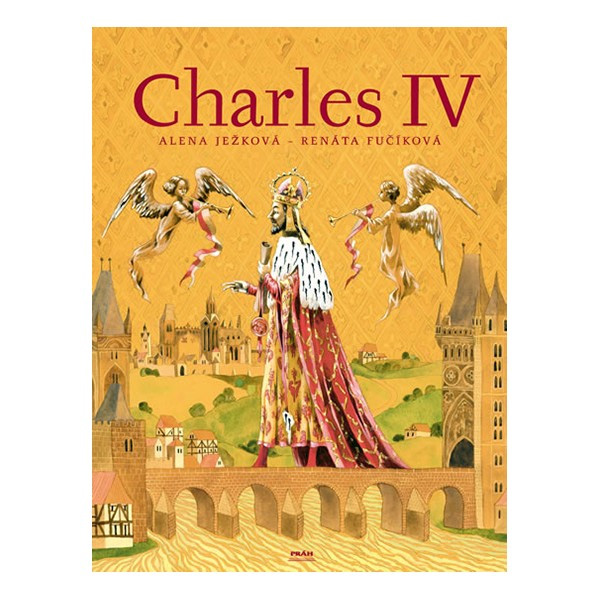 • This is a book about an emperor and a small boy, a husband, a father, a general, a man of learning and a writer. For Charles IV. (1316–1378), King of Bohemia and Holy Roman Emperor, was all of these. Charles had great talents and was born to high estate, a lucky combination that enabled him to fulfill his courageous visions. His private life too makes a great story, full of dramatic turns of fate and excitement from beginning to end. How did he see the world, as a four-year-old imprisoned by his father in a royal castle? How did he feel as a sixteen-year-old boy entrusted by his father with governing a land whose language he had forgotten? And how great was the joy of the mature monarch when at long last a son and heir to the empire was born to him? This account of Charles’ life is framed, like a superb medieval jewel, with exquisite illustrations inspired by the paintings of his time.

• Alena Ježková (1966) has been writing for children and young people for several years. Her most recent book, Praha matka měst [Prague the Grandmother of Cities] (Albatros 2002) won the Golden Ribbon, the Suk Children’s Libraries Prize and the Albatros Publishing House Prize.

• Illustrator Renáta Fučíková (1964) has won many prestigious prizes throughout the world. In 1998, for example, she was placed on UNESCO’s IBBY Roll of Honour, in 1999 she won First Prize at the Biennale of Illustrations in Teheran and she has several times been awarded the Golden Ribbon for original Czech publications for children and young people.