Copenhagen (Danish: København) is the capital and most populated city of Denmark, and second largest in Scandinavia, with an urban population of 1,246,611 and a metropolitan population of 1,975,361 (as of 1 April 2014). It is situated on the eastern coast of Zealand, 42 km (26 mi) northwest of Malmö, Sweden and 164 km (102 mi) northeast of Odense. The city stretches across parts of the island of Amager and also contains the enclave of Frederiksberg, a municipality in its own right.

Founded as a Viking fishing village in the 10th century, Copenhagen became the capital of Denmark in the early 15th century. During the 17th century, under the reign of Christian IV, it developed into an important regional centre, consolidating its position as capital of Denmark and Norway with its institutions, defences and armed forces.

Since the turn of the millennium, Copenhagen has seen strong urban and cultural development, facilitated by investment in its institutions and infrastructure. The city is the cultural, economic and governmental centre of Denmark; it is one of the major financial centres of Northern Europe with the Copenhagen Stock Exchange. In 2012, Copenhagen was third in the ranking of the richest cities in the world in terms of gross earnings, dropping from first place in 2009. Since the completion of the Øresund Bridge, a road, railway and tunnel project, the metropolitan area of Copenhagen has become increasingly integrated with the Swedish province of Scania and its largest city, Malmö, known as the Øresund Region. With a number of bridges connecting the various districts, the cityscape is characterized by parks, promenades and waterfronts. Copenhagen's landmarks such as Tivoli Gardens, the Little Mermaid Statue, the Amalienborg and Christiansborg palaces, Rosenborg Castle, Frederik's Church, and many museums, restaurants and nightclubs are significant tourist attractions. 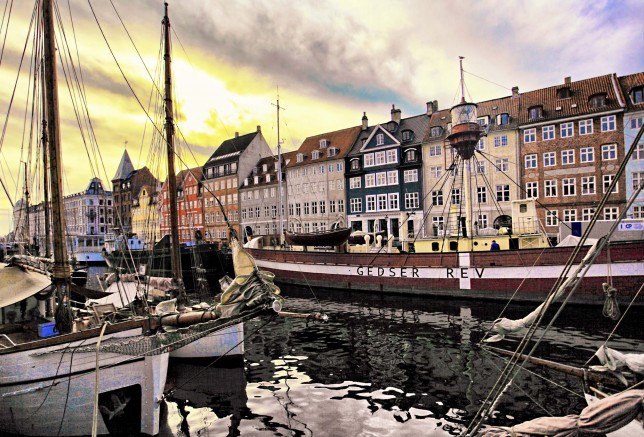