Introduction » Books »  Dvořák - His Music and Life in Pictures

 Dvořák - His Music and Life in Pictures 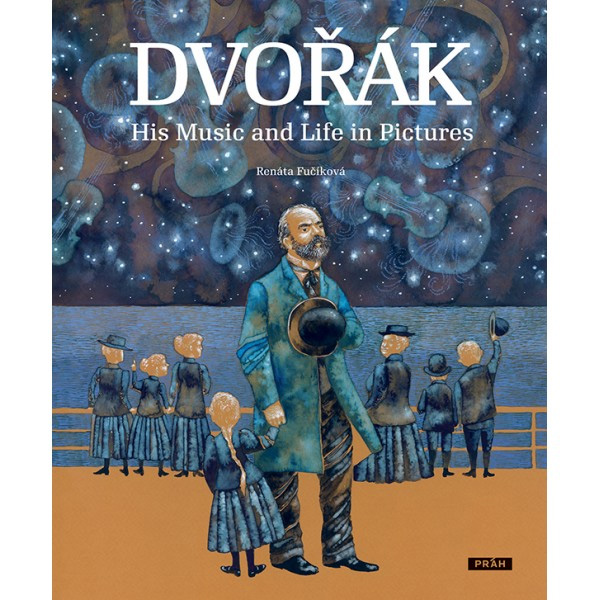 Life and work of Antonín Dvořák in comics

• Antonín Dvořák is one of the greatest Czech composers in history. Despite the fact that Dvořák passed away 110 years ago, his life and work still fascinate people. The Czech artist Renata Fučíková is one of them. She wrote and illustrated a book Antonín Dvořák – his music and life in pictures which was published in 2012 and she also created a comics exhibition about Dvořák based on this book.

• Antonín Leopold Dvořák was a Czech composer. In 1892, Dvořák moved to the United States and became the director of the National Conservatory of Music of America in New York City. While in the United States, Dvořák wrote his two most successful orchestral works. The Symphony From the New World spread his reputation worldwide. His Cello Concerto is the most highly regarded of all cello concerti. Also, he wrote his American String Quartet, his most appreciated piece of chamber music.