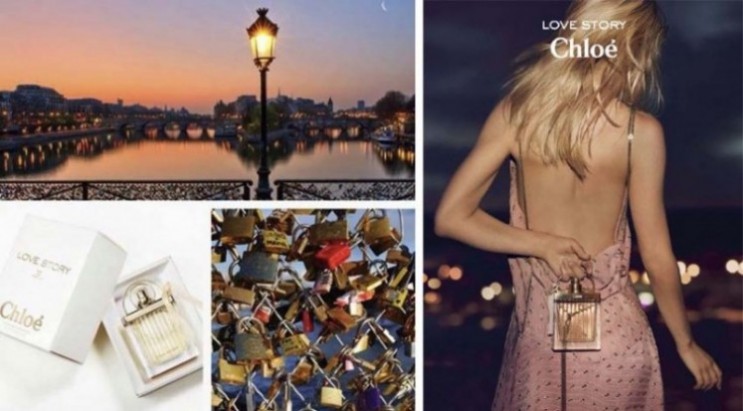 The fashion house of Chloé have released a new perfume for women called Love Story which is inspired by the Pont des Arts in Paris and the by now controversial ritual of leaving a lock attached to the grates of the bridge to symbolize a love relationship...

The new ad campaign for Chloé Love Story was film directed by Mélanie Laurent and shot by Inez van Lamsweerde.

Model Clémence Poesy returns once more as the face of the Chloé fragrance embodying a feminine figure of freedom and seduction which is typically French and Parisian as the two notions are often associated. The more seductive you are, the freer spirit you express yourself to be, a remnant of 18th century libertinage ideology.

In real life, the sheer weight of the popular love locks has led to cause material damage to the city monument crossing the Seine river between the Louvre and Académie Française. More recently, the iron grates have started being replaced with transparent glass panels so as to discourage more romantic effusions celebrated with hardware, inviting you to take in the views instead. In this context, the flacon of Love Story by Chloé becomes a historic sign of what used to be.

The eau de parfum composed by perfumer Anne Flipo, known for her expertise in floral perfumes, is a bouquet of white florals including neroli, orange blossom and Stephanotis, the latter seen as a floral symbol of happiness, supported by cedarwood. Personality is said to be "floral, fresh and sexy."

The fragrance opens on head notes of neroli and physalis, also known as "amour en cage" in French (caged love). The heart features Stephanotis, a less complex, jasmine-related scent, with orange blossom. The base blends cedarwood with a fresh note of petit grain. 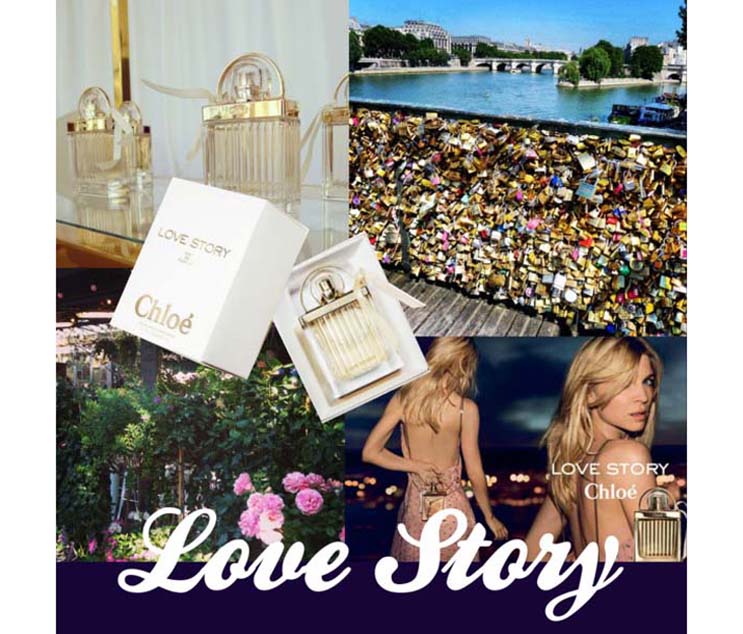